RotoTracker Enhancements to Help with Your End of Season Analysis

Behind the scenes we've been quietly working on a host of new features, improvements and bug fixes.

We might have been a bit quiet on the official blog and social media channels over the last six months, but that doesn't mean we've been resting on our laurels! We've been quietly making some important changes to RotoTracker to improve the platform and deliver new features.

Many of these have been internal — improving our backend infrastructure and upgrading various internal platforms. Boring stuff, but important to prepare us for the new season and take RotoTracker to even bigger and better places!

But we've also made some important front-end changes which hopefully you've been enjoying the last few days and weeks. Here's a summary of some of the more important updates:

The filters sidebar can now be hidden away, giving you more space to explore your data. Particularly useful for graphs. Here's how it works:

We've had a bit of a reorganization. The "Overview" tab has now been renamed "Dates," and the old Cohort reports for Month and Year have now been moved to sub-sections of this part of the site. It makes more logical sense to keep these separate from the regular cohorts and gives us space to expand with new reports in the future.

We also made the Month and Year reports fully sortable — every column can be sorted up and down. So you can now quickly see, for example, your most profitable month, or the one with the most activity: 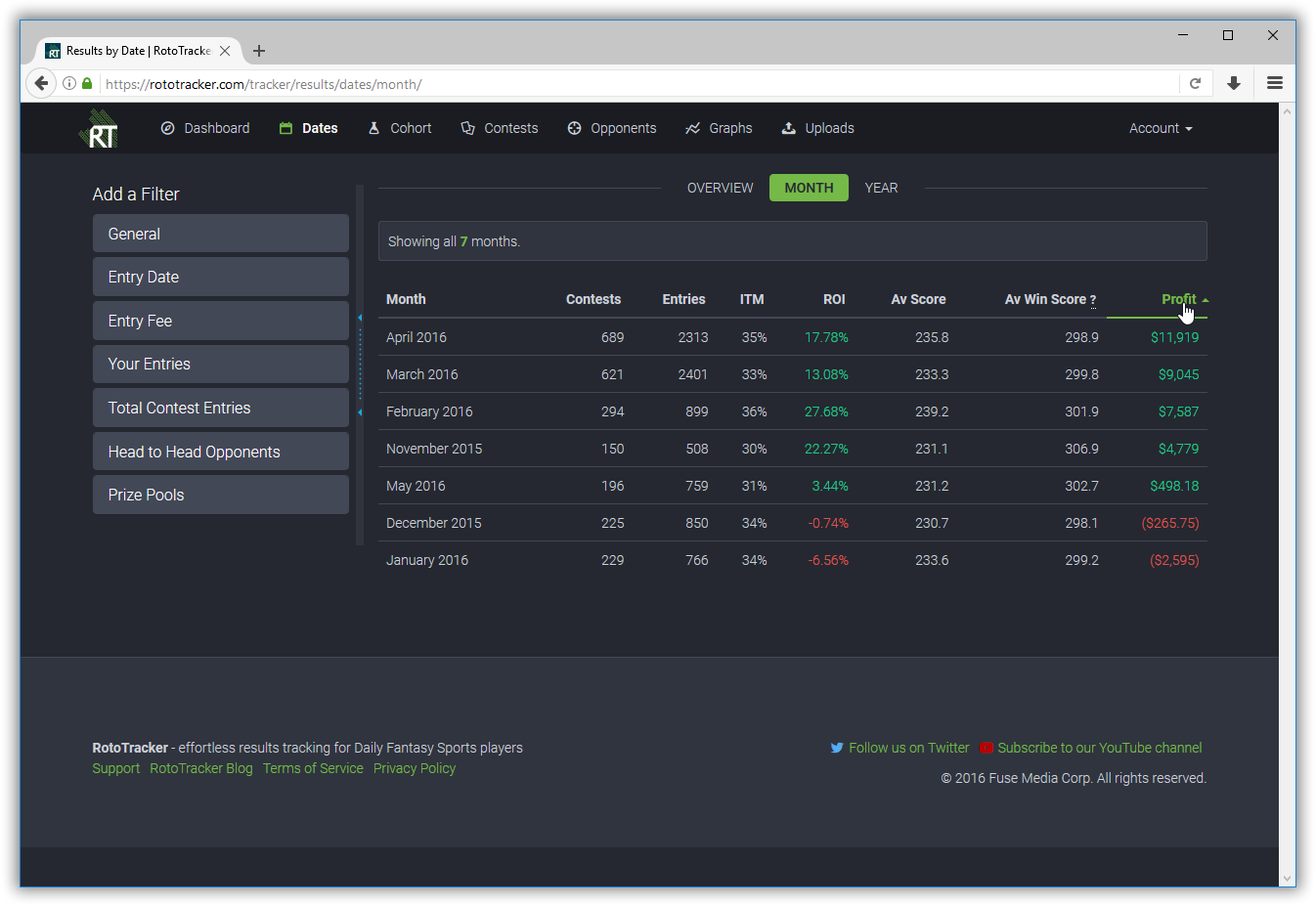 We recently added a new filter for prize pools which, as the name suggests, gives you the power to filter all reports by the total prize pool of the contest.

Prize pool information, unfortunately, isn't perfect — DraftKings is the only site that consistently outputs this in the CSV file. However, RotoTracker makes a concerted effort to work out the prize pool from the title, so for most contests, this should be accurate. You can read more about this in a new FAQ on the topic.

We also recently made minor changes to contests that are flagged as having "no win data" — that is, a contest entry where it was not possible to ascertain if you won or lost the contest. In these cases, the contests are removed from aggregate reports (all reports under the "Dates" and "Cohort" report), so as not to skew ITM and ROI figures. You can read more about this in this new FAQ. There is also a new filter where you can view all contests that are categorized in this way. 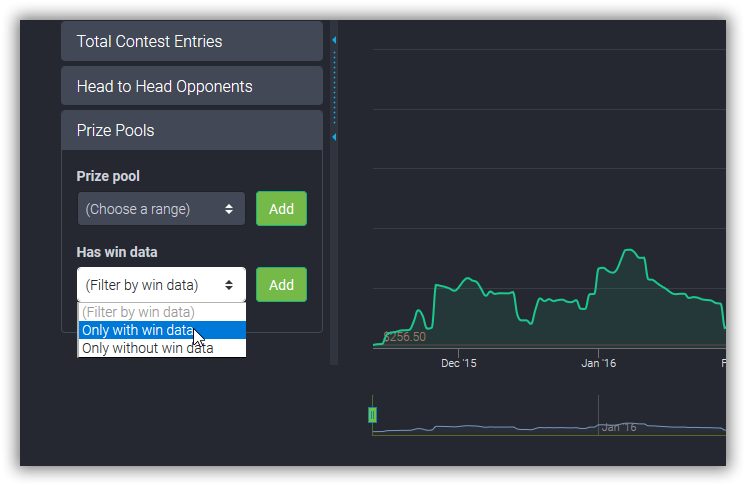 There's been over two dozen smaller improvements and fixes over the last few months, including:

We have a lot more exciting changes in the pipeline that we will be rolling out over the summer. So stay tuned to the blog, and keep an eye on the mailing list!